Frank is proud to have built the ‘Pamela Anderson house’ in St Kilda West. The merit of its large glass-mural facade has been a source of contention between locals since it was revealed more than a decade ago, when it also made international news for the Baywatch star’s appearance. But there is a certain calm behind the noise of the facade. The building’s simple rectilinear form has a skin largely of glass and ribbed concrete, and the interior spaces are airy, light and open. A lap pool runs the length of the three-storey home, visible through two glazed walls from the living–dining area. The three-bedroom home also has a private courtyard with a restful water garden.

Designed by Cassandra Fahey in 2000, the building won a 2003 Royal Australian Institute of Architects (Vic.) award in the ‘Residential’ category. 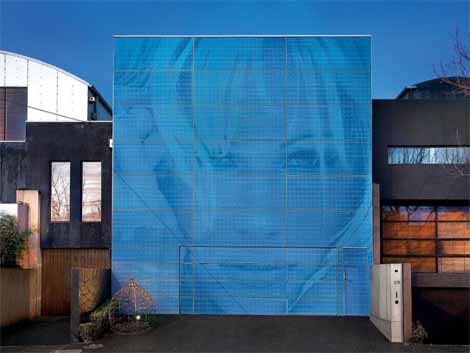 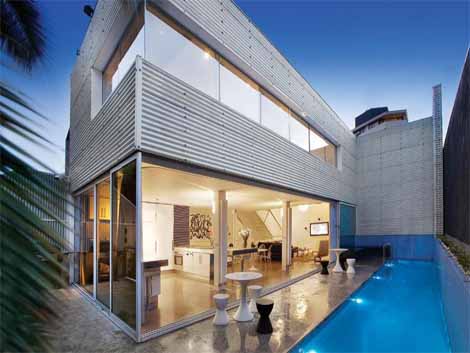 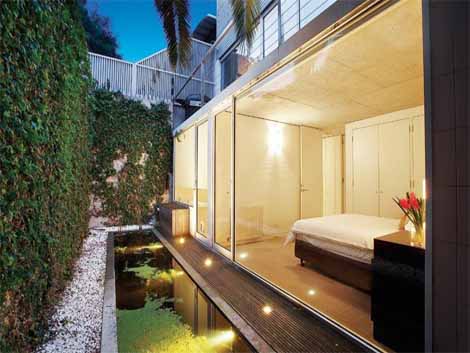 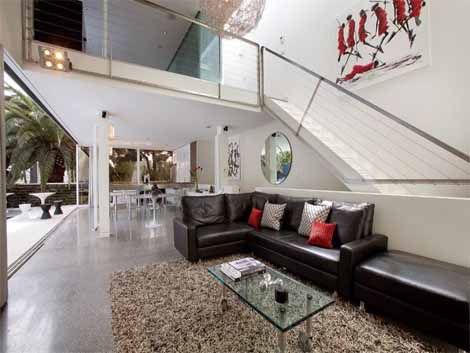 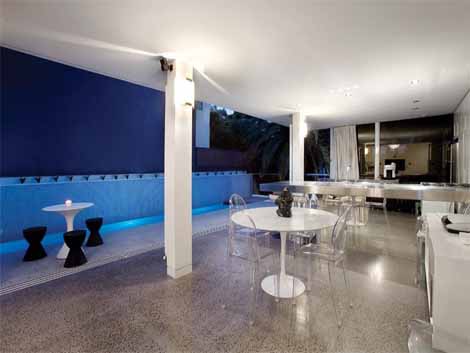